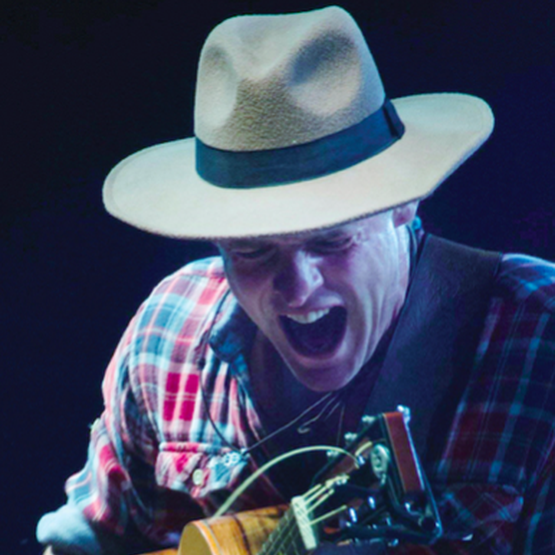 Danie du Toit (Reënwolf) is one of the leading young names in Afrikaans songwriting. He rose to prominence as frontman and songwriter with the very popular band, Spoegwolf, which was formed in 2012. The band has had their own reality TV-series, Spoegwolf soek nuwe bloed, in which they traveled South Africa in search of young artists to collaborate with them on their hit songs, like Lenie Blou. He is a published poet, has worked with the ATKV in coaching songwriters from across South Africa, and is very involved in community workshops. He is also currently busy with a PhD on Afrikaans film from the 1980s to the present.