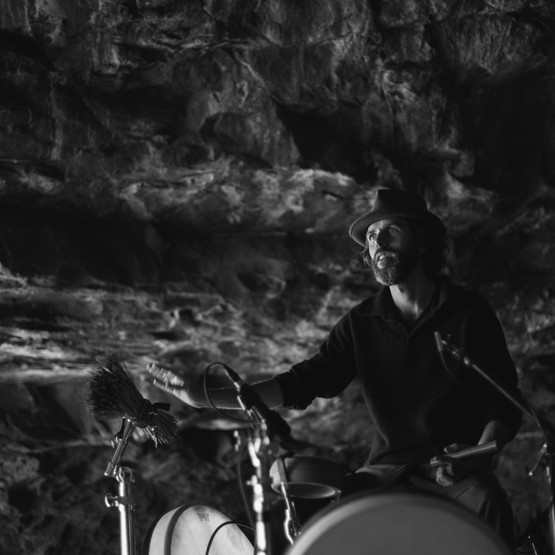 As a primarily self-taught drummer and percussionist, James has developed his own signature sound over the last 20 years, gaining a level of professional musicianship on instruments that include drum set as well as percussion such as cajon, frame drum, darbuka and other ethnic instruments. Stylistically, James’ heart has always been in acoustic music, including folk, world music, blues and jazz, but he also has a healthy love and penchant for rock, hip hop and funk. Over the years, based in Cape Town and England, he has been a founding member of bands which include starkravingsane, Andrew James & The Steady Tiger, Mean Black Mamba, Ottoman Slap and currently plays in Nick Turner’s new band. He has also performed, toured and recorded as a session musician with Hot Water, ShenFM, Dave Ferguson, Jenny Eaves, Oh Mercy, Willie Mason, Emi Inaba, Riaan Smit, Guy Buttery, Brian Finch, Roger Lucey, Caroline Blundell, Reini Adelbert, Playing with Fire, Edi Niederlander, Red Earth and Rust, and many more. As well as playing in bands, James has played percussion and worked as a facilitator with The Rhythm Workshop and Steve Barnet, and plays Middle Eastern percussion for professional dance companies with the likes of Soma Fusion Bellydance and CAPA. He also headed up an idea which, in collaboration with Rootspring Music, became The Cave Project, an album recorded on location with Indwe and Ronan Skillen, in an ancient cave up the West Coast of South Africa.