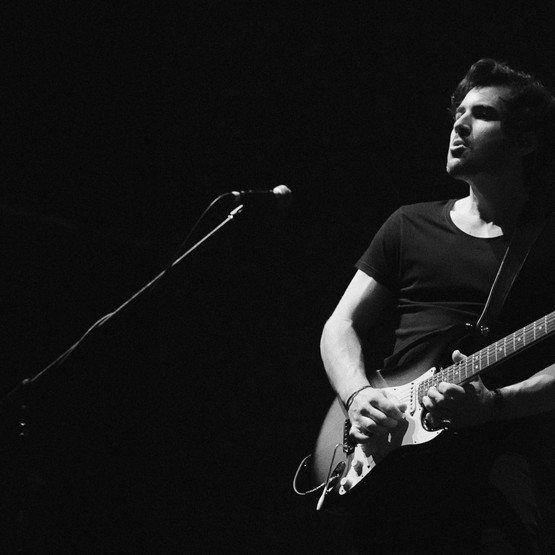 Kossew has been playing professionally for 13 years and in that time has earned a reputation as one of South Africa’s leading rock guitarists. Early in his career he played for Cape Town bands 7th Son and Tait, before moving abroad to work in London’s music scene. While on holiday back home, he received a call from Afrikaans rock royalty, Francois van Coke, and joined the hugely popular Van Coke Kartel. From there he has stayed involved in Van Coke’s solo career as part of his band, Die Gevaar, with whom he tours constantly, both locally and abroad. He has also filled in a number of times for the legendary Fokofpolisiekar. Jedd has penned a number of riffs that have now become Afrikaans rock anthems, of which “Tot die son uitkom” is probably the best known.