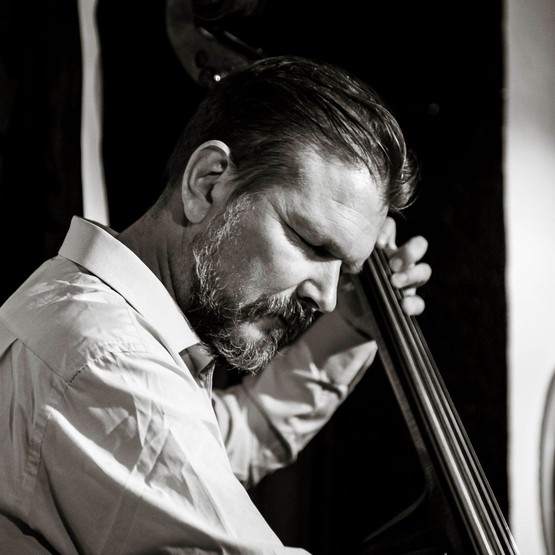 Martin Zenker, born 1970 in Germany graduated as a classical bass player from the prestigious Munich Conservatory in 1992. During his career as bandleader and sideman he has worked and recorded with such greats as Jimmy Cobb, Billy Hart, Ed Thigpen, Eartha Kidd, Steve Grossman, Jesse Davis, Jim Snidero and many others. From 2008 - 2012 he ran the Jazz Bass department at Kyeong Hee University in Seoul, 2012-2014 he worked as a theory teacher at Hamburg Conservatory. In 2014 he moved to Mongolia to establish the first department for Jazz in the country. He was the second highest medal of Mongolia for cultural achievements and became Professor h.c. of the Mongolian State Conservatory, both as the first foreigner. Besides still developing and running this department he also works as a bass lecturer at Munich University of Music, frequently travelling the world to perform and teach. Martin performed in South Africa for the first time in 2000 with his own band, Ugetsu, and in the last few years he has been back to mostly perform and teach through CTMA (tHE Cape Town Music ACADEMY), and also to give workshops at UCT.