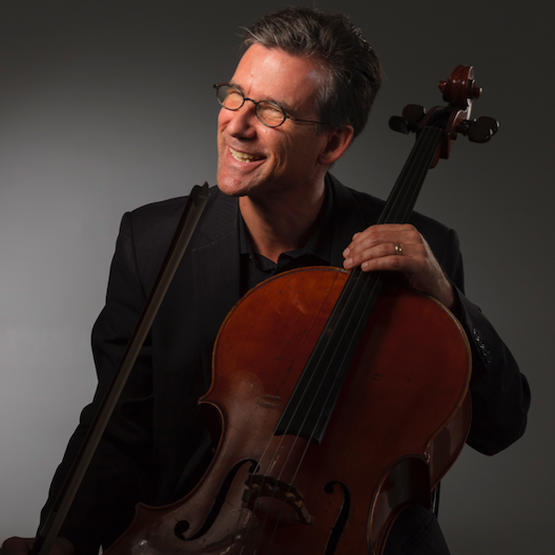 Peter divides his time between his duties as the principal cellist for the Cape Town Philharmonic Orchestra, having an active solo and chamber music performing career, lecturing in cello performance at Stellenbosch University and as director of the Stellenbosch International Chamber Music Festival. He holds a Masters Degree from the University of Cape Town and a PhD from Stellenbosch University. In 1989, Peter was principal cellist of the World Youth Orchestra in Michigan USA. Whilst a student in Salzburg, he was principal cellist of the chamber orchestra Salzburger Musici and since, occasionally freelanced with the Mozarteum Orchestra, Salzburg. He is a member of the Amici String Quartet and has enjoyed other chamber music partnerships with Lamar Crowson, Nina Schumann and Francois du Toit (piano), Benjamin Schmid, Sergei Malov, Mirijam Contzen, Daniel Rowland, David Juritz, Alisa Margulis, Priya Mitchell, Ivry Gitlis and Suzanne Martens (violin), Wolfgang Schmidt and Alexander Buzlov (cello), Leon Bosch and Uxía Martínez Botana (double bass) and members of the Osiris Piano Trio, Amsterdam. Highlights in recent years have included the Schubert Quintet with the Brodsky String Quartet in London; several performances of the Gulda Cello Concerto; various chamber music performances with pianist, Leslie Howard; several performances of the six Bach Cello Suites; a performance of a C.P.E. Bach cello concerto with the Orfeo Chamber Orchestra in Antwerp and a performance of the Beethoven cello sonatas for the Salzburger Schloßkonzerte with pianist Ariane Haering. Concerto engagements have resulted in collaborations with a number of fine conductors including Victor Yampolsky, Bernhard Gueller, Douglas Boyd, Nicholas Cleobury, Wolfram Christ and Jonas Alber. He has participated in festivals in France, Russia, Holland, Salzburg, Zimbabwe, Mozambique and Portugal as well has having performed in the UK, USA and Belgium. Many South African composers have written for him, the most notable composition being the Cello Concerto by Allan Stephenson, which he recorded for Meridian Records with the Cape Town Philharmonic Orchestra. He has subsequently given the world premiere of Peter Klatzow’s sonata for cello and piano both in South Africa and in Cambridge. Peter, along with the Portuguese pianist, Luis Magalhães, won the 2011 Classical Music SAMA (South African Music Award) for their recording of the complete Sonatas for Cello and Piano by Beethoven. He also won coveted Woordfees award for “Beste Klassieke Musiekproduksie 2013”. In 2018, Peter was awarded with an honorary award by the e’Bosch Heritage Project “in recognition of an outstanding contribution to the advancement and conservation of culture and heritage”.