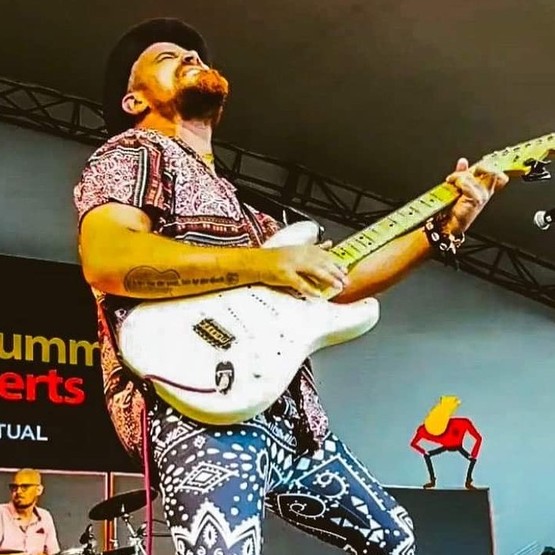 Riaan Smit is an award-winning singer/songwriter with origins in Namibia & South Africa. He ha extensively toured Internationally and released 6 full length original studio albums to date. He is most known for his work with his bands Crimson House, and the Brothers Remedy. He has shared festival stages with giants such as Bryan Adams, Duran Duran, Shaggy, Maxi Priest, Blondie, & The Chainsmokers to name a few. He continues to tour worldwide sharing his music with audiences around the globe. With 15 years of performance experience behind him he continues to write, perform and tour on a regular basis. His style of music is extremely varied, with roots in the blues and gypsy music, in his mastery of looping he has the ability to create the sound of a full band on his own, while still preferring to work with musicians. His only former job outside of music was a brief 3-year stint as a Ringmaster in a widely popular circus cabaret, which trained him the ways of world-class entertainment.