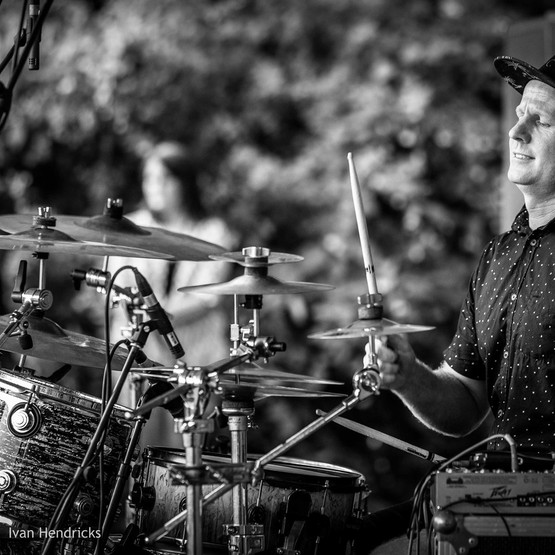 Tim Rankin’s professional career spans more than 20 years. As drummer, he has played on numerous hits, studio albums, and with a vast number of artists. He played on four seasons of the hit TV series Republiek van Zoid-Afrika, which spawned 28 number one hits on the South African iTunes charts, as well as four gold albums. He is also an in-demand studio engineer (he has recorded artists like Koos Kombuis, Gerald Clark and Bed on Bricks, to name a few) and TV sound editor, and has recorded the soundtracks for a number of local feature films, most notably the critically acclaimed, Dis ek Anna. Tim has played with many of South Africa’s biggest names, has more than 2000 gigs under the belt. He has toured extensively, both locally and abroad, and is a founding member of Capetonian funk legends, Bed on Bricks.